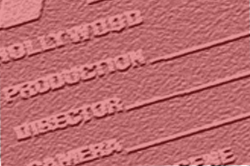 However arbitrary, the start of the new year is when we’re reminded to make resolutions, set goals, etc., etc., which, admittedly, prompted me to add a new column to my screenwriting development slate — an addition I expect to resonate throughout the year. Wait — a screenwriting dev slate?

Why screenwriters need a development slate

You’re probably focusing on one screenplay right now, and that’s great, but keeping a development slate helps you keep track of all your ideas, and, more importantly,  prioritize them. But are you SMART-ly pursuing your screenwriting goals?

The SMART acronym, popular in the personal coaching world, stands for:

I highlighted “Resonant” in red because that’s related to the new column I added to my dev slate. I like to use Microsoft Excel for my slate, but any spreadsheet software with sorting functionality will do. Here are the column headers I’m using now:

I use the sortable spreadsheet approach because it helps to filter on specific columns, which then leads to re-prioritizing the list from month to month — and the game here is to keep focused on what resonates with you as a screenwriter.

I use OneDrive and Dropbox to ensure I’ve got such critical files backed up offsite. It’s also useful for transferring files when switching from old computers to new ones, as well as keeping files in sync across multiple devices, like your tablet or smartphone. It’s important to record an idea as soon as you get it, wherever you are, on any connected device.

So, “SMART” the new year off right, with your specific, measurable, achievable, resonant, and time-bound screenwriting goals, keeping it all on track with the help of your screenwriting development slate.