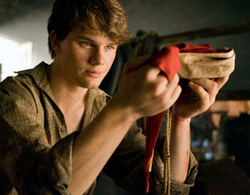 Screenwriting consultant Laurie Hutzler has an excellent blog post on why “War Horse” lacks emotional impact, and here I want to focus on why the film’s key symbol — the Boer War red and tan campaign pennant — lacks the emotional impact it was meant to convey.

When a film’s ending fails to pay off in an emotional way, the problem or problems can be traced to the first act — the first 20 minutes or so — when the story and characters, as well as symbols or objects, are introduced.

Objects typically are introduced in obvious ways whereas symbols or the symbolism of a specific object may not be obvious until the climax or resolution, or perhaps even unrealized until after you’ve seen the film.

SPOILER ALERT: I will reveal “War Horse” plot points below.

In “War Horse,” we’re introduced to the sacred campaign banner when Albert’s mom secretly shows it to him, declaring it represents his father’s bravery because he has chosen to keep it stashed in the barn rather than boast about his Boer War bravado. Albert decides he’s going to keep the campaign pennant, apparently without his father’s knowledge.

The problem with this setup, however, is the campaign pennant fails to represent any connection between Albert and his father; Albert never knew about it before, and his father doesn’t know Albert knows about it now or plans to secretly keep it. The campaign pennant merely exists. Unlike the lightsaber in “Star Wars,” which is gifted to Luke in an ominous “you must respect the ways of the Jedi” tone, the “War Horse” campaign pennant is merely shown to Albert, who decides to keep it. If the campaign pennant had been introduced during a father-son fight about bravery, then at least the context would have been more emotionally fulfilling and the scene would’ve had some conflict. Additionally, the conflict between Albert and his father is far too subtle to lend any emotion to the symbol.

When the British soldiers come to town to recruit soldiers and buy horses, Albert’s dad is forced to sell Joey (the war horse) for cash so he can avoid foreclosure. A distraught Albert tucks the campaign pennant into Joey’s halter — again unbeknownst to Albert’s dad — as a soldier leads the horse away to war. So, it’s still just a campaign pennant lacking an emotional connection between Albert and his dad, except now it represents an actual bond, albeit it a weak one, between Albert and Joey.

Regardless, the ensuing plot, which focuses on Joey, serves to undermine what little connection exists between Albert, his father, and the campaign pennant; the pennant’s symbolism lacks emotional value because it seems to randomly pass from character to character:

Ultimately the campaign pennant finds its way back to Joey by way of the French farmer, who gives it to Albert because he assumes it has some emotional value for him. Then Albert takes Joey back to the farm and dramatically presents the pennant to his dad — which is meant to be an intensely emotional payoff. However, the payoff falls flat because the setup is weak and disjointed.

Among the more famous symbols is from “On the Waterfront,” when Marlon Brandon’s character, Terry, picks up a glove belonging to Eva Marie Saint’s character, Edie, and caresses it and slips his hand inside it as they stroll through the park — a wonderfully subtle reflection of their developing relationship. 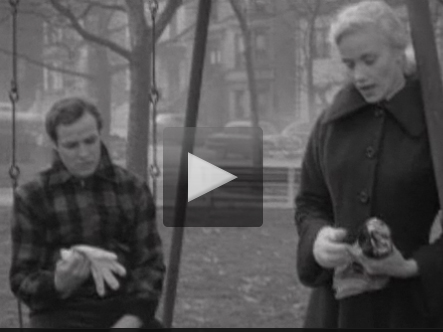 Watch the 4-minute clip from “On the Waterfront” and revel in its subtly; this scene is even more compelling within the full context of the story.

Anything can be a symbol

Story guru Robert McKee, both in his renown screenwriting book and seminar, examines water as a symbol in Henri-Georges Clouzot’s brilliant “Diabolique,” and how Clouzot deftly incorporates water into a full-on image system that spans the entire film.

Incorporating symbols into your screenplay

As McKee notes, “Awareness of a symbol turns it into a neutral, intellectual curiosity, powerless and virtually meaningless.” Of course you’re aware of the glove in “On the Waterfront,” but what McKee is referring to is awareness of what the symbol represents. Even as the writer you may not be aware of a symbol’s “subliminal communication” until deep into the process. Whatever the case, symbols and image systems can add depth to your story while enhancing the emotional experience for your audience. The trick is to do it in a subtle way so that it enriches your story rather than overwhelms it or calls attention to itself.

3 thoughts on “The failed symbol of “War Horse””