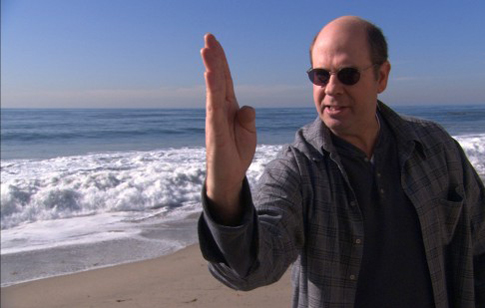 ” — bing! — but gifted actor Stephen Tobolowsky also happens to be among the world’s premiere storytellers, and if you are as yet unfamiliar with his increasingly famous Tobolowsky Files podcast, get familiar, now, before something happens to you.

Compelling storytelling from a master storyteller
The Tobolowsky Files are a series of Stephen’s personal stories about life, love, and the entertainment industry, but it’s his personal, life-changing angle that makes his podcasts more compelling than most stories you know, except, perhaps your own life-changing experiences. In one of my favorite recent episodes, “The Primary Source,” Stephen muses about playing in a high school band with Stevie Ray Vaughn — a vignette that skirts metaphysical territory, the possibility of miracles, and sets up an incredible emotional ending.

The Tobolowsky Files serve all that you crave from storytelling.

I noticed many of the archived podcasts have been removed because The Tobolowsky Files are moving to Public Radio International in October (2012), so hopefully PRI will provide links to the archives because you will want to listen to them all.

” yet — eagerly awaiting its official release — but if it’s any bit as compelling as his podcast, it ought to be one of the best reads of 2012.

In addition to the podcast, Stephen also holds occasional speaking engagements, which he lists at his blog:

Stephen will be at The Moore Theatre in Seattle October 13, so attend if you can and experience the magic of The Tobolowsky Files.