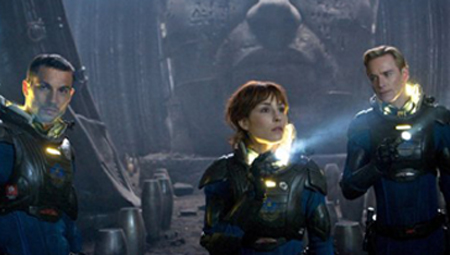 The lingering confusion and disappointment about Ridley Scott’s “Prometheus” is a good high-profile example of why everyone — screenwriters, directors, producers not withstanding — need editors to identify plot holes, character inconsistencies, and anything else that undermines a story’s impact and confuses audiences.

One of the most anticipated films of 2012, “Prometheus”

certainly is not without its memorable scenes, yet a 70-percent dropoff in second-weekend U.S. box office receipts is not the kind of dropoff indicative of the masterpiece for which sci-fi fans had hoped. So why the significant box office dropoff? Deadline Hollywood‘s Nikke Finke summed it up best, attributing the dropoff to “all those gaping plot holes.”

Which is why everyone needs an editor.

The fine line between mystery and confusion
Whether you’re writing a mystery, combining mystery with other genres or injecting mystery into a scene, the key challenges involve what to reveal to the audience and when to reveal it. If certain story elements seem obvious to you, but nobody else gets it, then you’ve got to revise the text for clarity. Identifying story problems usually requires having others read your script, recruiting actors for a script read-through, or getting professional screenplay coverage.

Clarity should not be confused with “dumbing down” a screenplay
By clarity I mean eliminate confusion. For example, in “The Hunger Games,” the audience learns straight away that Katniss is mighty handy with the bow and arrow, which eliminates any possible confusion about her ability to be competitive in the games. If the first act had not established her skill as a hunter, then confusion and disbelief might have undermined ensuing audience engagement.

The audience needs to understand a character’s motivation
Without spoiling anything, there’s one scene in “Prometheus” in which Noomi Rapace’s character initially and rather suddenly proclaims, “We need to get out of here!” But it’s not really clear why she’s suddenly anxious about things. True, something odd appears to be happening, but it’s not particularly threatening. And, after all, she traveled into unchartered galactic territory to explore the very terrain that suddenly fuels her anxiety. So what is the motivation for this brave, inquisitive character to suddenly want to leave? The line of dialogue is nonsensical, but not the worst of the plot holes.

Connect the dots in your outline
Another way to avoid plot holes is to identify the key story elements and plot points of your story — ideally when you are in the outline phase — and make sure you properly set up the things you want to reveal. Do the surprise plot twists make sense? Are your characters’ actions consistent? Audiences are quick to pounce on the nonsensical, so anticipate the objective and ensure the setups logically support the payoffs.

Further reading on specific points of confusion in “Prometheus:”